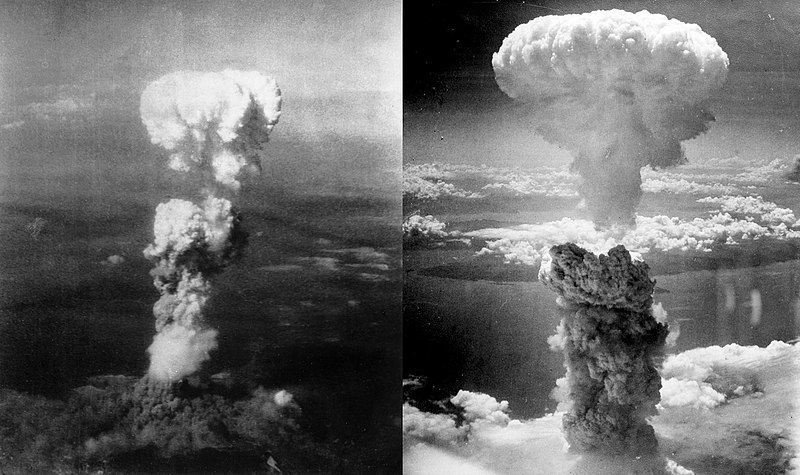 In August 1945, the US threw an atomic bomb in the cities of Hiroshima and Nagasaki, Japan. Unfavorable explosions and the resulting radioactive fallout resulted in tragic deaths of about 200,000 people.

The high ionizing radiation generated by the explosions condemned the survivors of the first explosions to various cancers. Oddly, however, those exposed to lower doses of radiation may actually be long-lived and may have lowered cancer mortality. This is a recent article in the journal Genes and Environment.

The author of the article is Shizuyo Sutou, Researcher at Shujitsu Women’s University. Sutou has examined the data from the Lifelong Study, which follows that since the 1950s, 120,000 people survived the atomic bomb explosion. His analysis showed that those exposed to radiation between 0.005 and 0.5 G (just before the onset of mild radiation disease) were lower than the relative mortality rates. Control individuals not exposed to atomic bomb radiation.

The green line in the table shows the relation of radiation with cancer risk according to hormetic theory.

Sutou’s finding is consistent with the hormonal radiation theory (hormezis) that very low levels of ionizing radiation can be useful, suggesting that it produces adaptive responses such as stimulating repair of DNA damage, removing abnormal cells through programmed cell death, and immune-mediated elimination of cancer cells.

The radiation hormone is supported by many studies, but is currently not accepted by the Organizations on the Effects of Atomic Radiation, which currently supports the linear threshold-free (LNT) radiation protection model of atomic radiation, such as the National Science Academy or the United Nations Scientific Committee. This model effectively indicates that any dose of ionized radiation is harmful. Scientists such as Carol Marcus, Professor of Nuclear Medicine at UCLA, think that this stance is too cautious to be dangerous. The fear of irrational radiation is inefficient, whatever the amount.

“Forced evacuations in Fukushima have caused some 1600 premature deaths; forced evacuees from Chernobyl have a higher death rate than the ‘babooshkas’ who returned to the area despite government policy against it,” she wrote, referencing studies suggesting that potentially unnecessary Fukushima evacuations disrupted healthcare services.

It is difficult to work in the Hormesis laboratory - do you think it’s ethical to adjust the dose without knowing how harmful or beneficial the radiation exposure is? Sutou’s new findings will strengthen the case of radiation hormones, but it would probably not be enough to change the current intolerant policies of radiation exposure.