The researchers developed a new way of synthesizing and optimizing a naturally occurring antibiotic that could be used one day to combat lethal drug-resistant infections, such as MRSA, with two new antibiotics: side-products of effective, scalable and non-harmful micrococin P1 and thiosilin I.

CU Boulder chemistry researchers have developed a new way to synthesize and optimize a naturally occurring antibiotic compound that can be used to fight lethal drug-resistant infections, such as Staphylococcus aureus, commonly known as MRSA.

Antibiotic-resistant infections affect more than 2 million people a year and result in more than 23,000 deaths each year in the United States, according to the Centers for Disease Control and Prevention (CDC). A 2018 study by CDC’s European counterpart found that in 2015, 33,000 deaths from Europe were responsible for drug-resistant superbugs.

Researchers have previously described thiopeptides, a naturally occurring antibiotic compound, as a promising way of working. Thiopeptides showed some activity against MRSA and some other bacterial species in a limited number of trials, but their structural diversity made it difficult to synthesize molecules on a scale large enough for therapeutic use.

To better utilize thiopeptides, CU Boulder researchers returned to the basics and re-examined the previous assumptions about the basic chemical properties of these molecules. 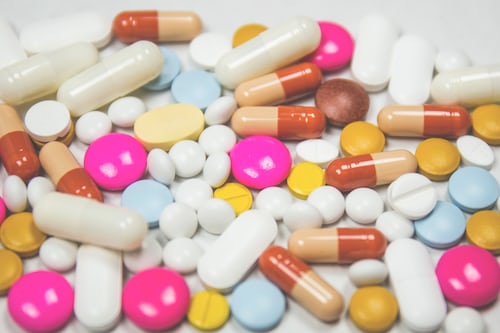 “We re-evaluated the structural commonalities of these thiopeptides in light of current superbugs, because no one had looked at them and analyzed them in modern context,” said Maciej Walczak, lead author of the new research and an assistant professor in CU Boulder’s Department of Chemistry.

The researchers invented a new catalyst to facilitate the synthesis of thiopeptides and to carry out the reactions that form the basic scaffold needed to reduce bacterial growth. Their efforts resulted in two new broadly representative antibiotics: micrococcin P1 and thiocillin I. Compounds do not produce efficient, scalable and harmful by-products.

“The results exceeded our expectations,” Walczak said. “It’s a very clean reaction. The only waste produced is water and the fact that this is a very green method could be important going forward as the technology scales up.”

A joint study by CU Boulder postdoctoral researcher Siddhartha Akasapu and her graduate students Aaron Hinds and Wyatt Powell, funded by the National Science Foundation, was recently published in the journal Chemistry Science.

Walczak said the new chemical synthesis methodology was just a starting point. He and his colleagues plan to use their findings as a platform for optimizing and selecting parts of the thiopeptide molecules to optimize their properties and apply them to a greater extent in other bacterial classes.

Antibiotic compounds will need to complete clinical trials before being approved for human use, a process that can last for many years. Nevertheless, he said, the need for scientific innovations in the field of antibiotic-resistant superbugs is more than ever.

“Multi-drug resistance is an important global health problem and it’s going to become even more so in the years to come,” he said.